Eleanor Catton, winner in 2013 for The Luminaries
“Read everything. You can learn from everything that has a narrative—books, of course, but also films, TV shows, computer games, advertisements, conversations, speeches, articles, the news. Read things you don’t like, and try to figure out why you don’t like them. Ask ‘why?’ and ‘how?’ as much as possible, and don’t be content with an easy answer.”

Hilary Mantel, winner in 2012 for Bring Up the Bodies and in 2009 for Wolf Hall.
“Concentrate your narrative energy on the point of change. This is especially important for historical fiction. When your character is new to a place, or things alter around them, that’s the point to step back and fill in the details of their world. People don’t notice their everyday surroundings and daily routine, so when writers describe them it can sound as if they’re trying too hard to instruct the reader.”

Howard Jacobson, winner in 2010 for The Finkler Question
“The thing a writer will always tell you is you must write about what you know and that’s advice that must be heeded; you start from what you know. But the truth is we all know more than we think we know. What we know is not just the basic facts of our life. Because sometimes we have secret longings and yearnings, we want our life to be different, we wish the world were a different place. And part of what you’re doing when we are writing is you are describing our own experience of the world but you are also making the world different. It’s a wonderful thing to write because you are like a kind of God.  You are creating this world; your world and yet not quite your world. Writing is always reality up one, up a notch.”

Anne Enright, winner in 2007 for The Gathering
“Imagine that you are dying. If you had a terminal disease would you ­finish this book? Why not? The thing that annoys this 10-weeks-to-live self is the thing that is wrong with the book. So change it. Stop arguing with yourself. Change it. See? Easy. And no one had to die.”

Kiran Desai, winner in 2006 for The Inheritance of Loss
“After a point you can’t go on perfecting something and polishing it and making it better, because you lose something in the process, the freshness of it, and I realised that even if it wasn’t completely perfect I had to leave it; it was enough–I couldn’t work on it any more. It’s a balance; if you perfect one thing you lose something else, and that’s the stage where I think you have to know when to stop.” 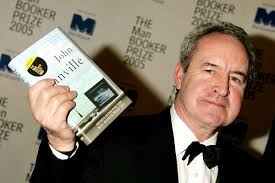 John Banville, winner in 2005 for The Sea
“When young writers approach me for advice, I remind them, as gently as I can, that they are on their own, with no help available anywhere. Which is how it should be. Like Popeye, I am what I am.”

DBC Pierre, winner in 2003 for Vernon God Little
“Flowing dialogue has to be balanced with letting readers know which character is speaking; but dialogue with too many “he said”s and “she said”s is irritating. It’s a perennial challenge to clearly identify who’s speaking without lumbering the exchange with repetitious words. While the beginning of a dialogue should firmly show who speaks and who answers, if the conversation continues you will need some new tools to keep it natural, unobtrusive and rhythmic.”

Yann Martel, winner in 2002 for Life of Pi
“Any writer will be happy and good only if they know what they’re doing and why they’re doing it. You have to play around until you find something you’re comfortable with.”

Peter Carey, winner in 2001 for True History of the Kelly Gang and in 1988 for Oscar and Lucinda
“First, turn off your television. The television is your enemy. It will stop you doing what you wish to do. If you wish to watch TV, you do not want to be a serious writer, which is fine.”

Margaret Atwood, winner in 2000 for The Blind Assassin
“You can never read your own book with the innocent anticipation that comes with that first delicious page of a new book, because you wrote the thing. You’ve been backstage. You’ve seen how the rabbits were smuggled into the hat. Therefore ask a reading friend or two to look at it before you give it to anyone in the publishing business. This friend should not be someone with whom you have a ­romantic relationship, unless you want to break up.” 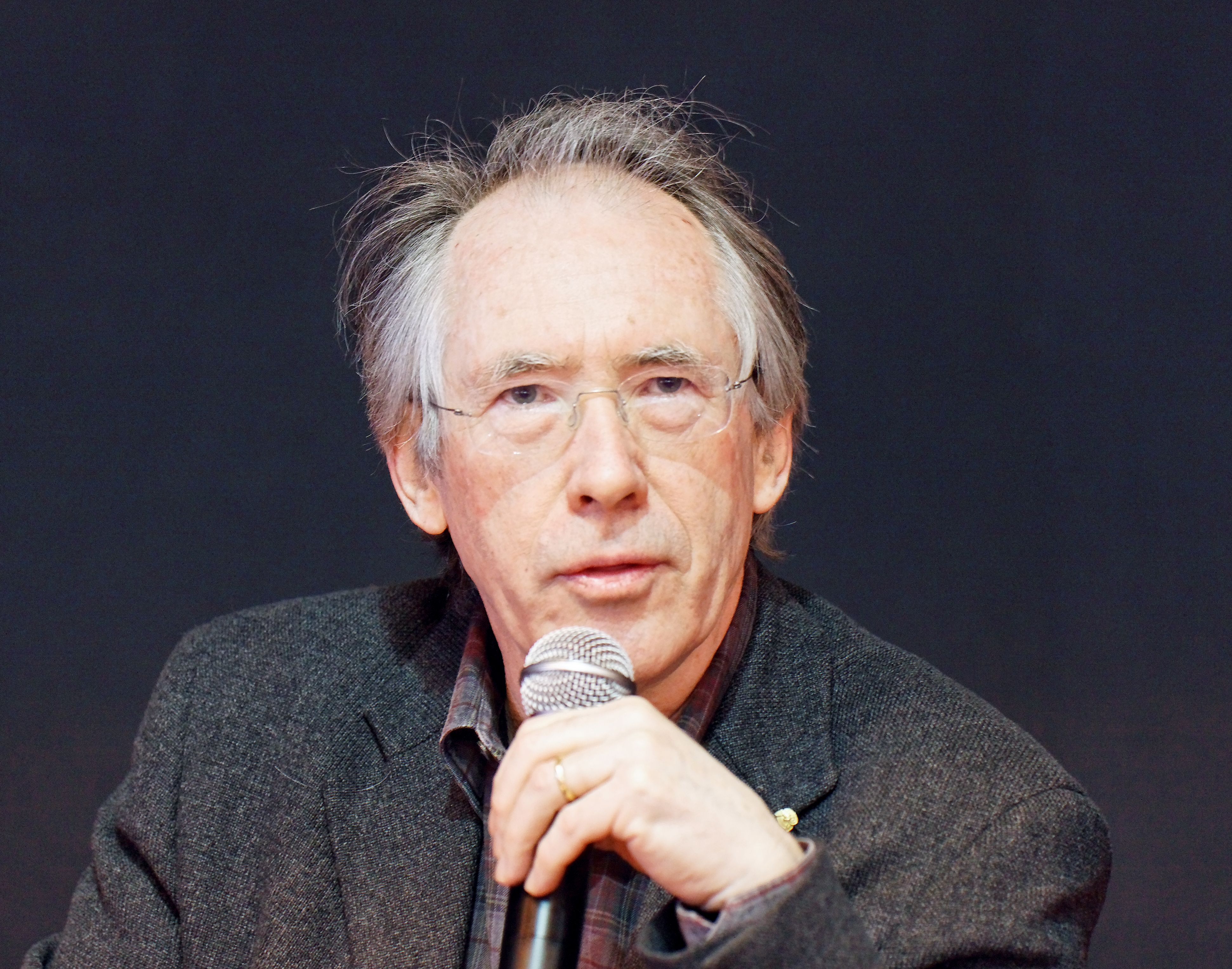 Ian McEwan, winner in 1998 for Amsterdam
“I think of novels in architectural terms. You have to enter at the gate, and this gate must be constructed in such a way that the reader has immediate confidence in the strength of the building.”

Arundhati Roy, winner in 1997 for The God of Small Things
“…the secret of the Great Stories is that they have no secrets. The Great Stories are the ones you have heard and want to hear again. The ones you can enter anywhere and inhabit comfortably. They don’t deceive you with thrills and trick endings. They don’t surprise you with the unforeseen. They are as familiar as the house you live in. Or the smell of your lover’s skin. You know how they end, yet you listen as though you don’t. In the way that although you know that one day you will die, you live as though you won’t. In the Great Stories you know who lives, who dies, who finds love, who doesn’t. And yet you want to know again. That is their mystery and their magic.”

Roddy Doyle, winner in 1993 for Paddy Clarke Ha Ha Ha
“Do be kind to yourself. Fill pages as quickly as possible; double space, or write on every second line. Regard every new page as a small triumph, until you get to page 50. Then calm down, and start worrying about the quality. Do feel anxiety – it’s the job.” Michael Ondaatje, co-winner in 1992 for The English Patient
“Very early on in my writing life I realized that if you’re going to write, the last thing you should think about is an audience. Otherwise you’re going to give the audience what they want as opposed to what you want to do or discover. The act of writing is so difficult anyway that you don’t want to add to it the imagined sense of five hundred people in a theater listening to you, or watching you, waiting to see what you do, like that Monty Python sketch about watching Thomas Hardy write his eleventh novel. ‘Oh no, he’s doodling again.'”

Ben Okri, winner in 1991 for The Famished Road
“Storytellers ought not to be too tame.  They ought to be wild creatures who function adequately in society.  They are best in disguise.  If they lose all their wildness, they cannot give us the truest joys.” AS Byatt, winner in 1990 for Possession: A Romance
“The more research you do, the more at ease you are in the world you’re writing about. It doesn’t encumber you, it makes you free.”

Kingsley Amis, winner in 1986  for The Old Devils
“If you can’t annoy somebody, there is little point in writing.”

Thomas Kenneally, winner in 1982 for Schindler’s Ark
“My aphorism is ‘only begin.’ It’s hard to do if you have a job, but if you can find the time to write a number of days or nights a week, even if it’s just five hundred words – that process will help free up your subconscious. And that’s where so many good ideas come from, so many good characters, so many good connections between characters, so many great plot ideas.  You’ve got to use your conscious mind to refine it all, but a lot of good material comes from the unconscious, and to engage the unconscious you have to write a number of times a week to get the sub-conscious stirred up. I’ve got this idea that all the great stories are in our subconscious somewhere and they’ll come out if only we give them a chance.  Getting it published in the present climate is the heartbreak, but there’s always Amazon.”

Salman Rushdie, winner in 1981 for Midnight’s Children
“I have a rule that I offer to young writers. There must be no tropical fruits in the title. No mangoes, no guavas. None of those.”

Penelope Fitzgerald, winner in 1979 for Offshore
“I believe that people should write biographies only about people they love, or understand, or both. Novels, on the other hand, are often better if they’re about people the writer doesn’t like very much.”

Iris Murdoch, winner in 1978 for The Sea, The Sea
“Writing is like getting married. One should never commit oneself until one is amazed at one’s luck.”

Nadine Gordimer, co-winner in 1974 for The Conservationist
“What is the purpose of writing? For me personally, it is really to explain the mystery of life, and the mystery of life includes, of course, the personal, the political, the forces that make us what we are while there’s another force from inside battling to make us something else.”

PH Newby, winner in 1969 for Something to Answer For
“Whatever large ideas the novelist may have about his message, he is not a novelist unless he remembers why people read fiction, and presents characters and situations in a vivid way that will interest readers who are not primarily interested in his message. This is (to give it a grand term) the art of fiction.”