“I haven’t had trouble with writer’s block. I think it’s because my process involves writing very badly. My first drafts are filled with lurching, clichéd writing, outright flailing around. Writing that doesn’t have a good voice or any voice. But then there will be good moments. It seems writer’s block is often a dislike of writing badly and waiting for writing better to happen.” ― Jennifer Egan

“Writer’s block is a load of nonsense – I’ve always been a bit suspicious of it. It’s more likely to be a symptom of depression or maybe they’ve just got nothing interesting to say. Using your imagination to create a work of fiction involves exercising the mind and the more you do it, the more adept you become. I go to Botswana for a couple of weeks a year and I just open my eyes to the opportunities in everyday life. Most of my writing is what I have in the bank of memories I’ve accumulated.” ― Alexander McCall Smith

“I think writer’s block is a way the brain has of telling you you’ve taken a false step. I think you need to wait a day or two, then start reading your work from the beginning, and the false step should become apparent.” ― Charlaine Harris

“The best way is always to stop when you are going good and when you know what will happen next. If you do that every day … you will never be stuck. Always stop while you are going good and don’t think about it or worry about it until you start to write the next day. That way your subconscious will work on it all the time. But if you think about it consciously or worry about it you will kill it and your brain will be tired before you start.” — Ernest Hemingway

“Writer’s block…a lot of howling nonsense would be avoided if, in every sentence containing the word WRITER, that word was taken out and the word PLUMBER substituted; and the result examined for the sense it makes. Do plumbers get plumber’s block? What would you think of a plumber who used that as an excuse not to do any work that day?

The fact is that writing is hard work, and sometimes you don’t want to do it, and you can’t think of what to write next, and you’re fed up with the whole damn business. Do you think plumbers don’t feel like that about their work from time to time? Of course there will be days when the stuff is not flowing freely. What you do then is MAKE IT UP. I like the reply of the composer Shostakovich to a student who complained that he couldn’t find a theme for his second movement. “Never mind the theme! Just write the movement!” he said.

Writer’s block is a condition that affects amateurs and people who aren’t serious about writing. So is the opposite, namely inspiration, which amateurs are also very fond of. Putting it another way: a professional writer is someone who writes just as well when they’re not inspired as when they are.” ― Philip Pullman

“Writer’s block is only a failure of the ego.” ― Norman Mailer

“I step away from the computer and swim. I really wish someone had told me earlier that there’s a relationship between writing and exercise. Writing involves you being completely, revoltingly sedentary while your brain works overtime. But when you exercise, it’s the complete reverse – you more or less become brain dead while your body works like a bastard not to drown/collapse on the treadmill/die. Then after I exercise, I always come back to my laptop and it’s like I’m seeing the story for the first time. I know what I need to do. It’s almost Biblical, like scales falling off my eyes or something.” ―  Benjamin Law

“Perhaps it’s the refusal to trust ourselves to a sojourn without a parole date, in this neutral zone, that becomes what’s commonly known as writer’s block.” ― Helen Garner

“Recently I only write about how I feel, what has happened to me, or what will make a specific person laugh or feel good. In this way I never feel like I have nothing to write about or that I can’t write or have ‘writer’s block.’” ― Tao Lin 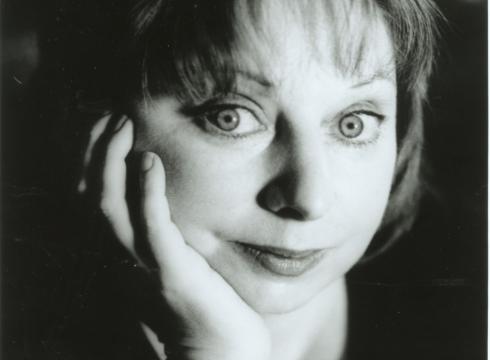 “If you get stuck, get away from your desk. Take a walk, take a bath, go to sleep, make a pie, draw, listen to ­music, meditate, exercise; whatever you do, don’t just stick there scowling at the problem. But don’t make telephone calls or go to a party; if you do, other people’s words will pour in where your lost words should be. Open a gap for them, create a space. Be patient.” ― Hilary Mantel

“The problem is acceptance, which is something we’re taught not to do. We’re taught to improve uncomfortable situations, to change things, alleviate unpleasant feelings. But if you accept the reality that you have been given – that you are not in a productive creative period- you free yourself to begin filling up again.” ― Anne Lamott

“There’s no such thing as writer’s block. That was invented by people in California who couldn’t write.” ― Terry Pratchett