“Let the writer take up surgery or bricklaying if he is interested in technique. There is no mechanical way to get the writing done, no shortcut. The young writer would be a fool to follow a theory. Teach yourself by your own mistakes; people learn only by error. The good artist believes that nobody is good enough to give him advice. He has supreme vanity. No matter how much he admires the old writer, he wants to beat him.” ― William Faulkner

“Read Becoming a Writer by Dorothea Brande. Then do what it says, including the tasks you think are impossible. You will particularly hate the advice to write first thing in the morning, but if you can manage it, it might well be the best thing you ever do for yourself. This book is about becoming a writer from the inside out. Many later advice manuals derive from it. You don’t ­really need any others, though if you want to boost your confidence, “how to” books seldom do any harm. You can kick-start a whole book with some little writing exercise.” ― Hilary Mantel “Becoming a writer is about becoming conscious. When you’re conscious and writing from a place of insight and simplicity and real caring about the truth, you have the ability to throw the lights on for your reader. He or she will recognize his or her life and truth in what you say, in the pictures you have painted, and this decreases the terrible sense of isolation that we have all had too much of.” ― Anne Lamott

“I am always chilled and astonished by the would-be writers who ask me for advice and admit, quite blithely, that they “don’t have time to read.” This is like a guy starting up Mount Everest saying that he didn’t have time to buy any rope or pitons.” ― Stephen King

“You either have to write or you shouldn’t be writing. That’s all.” ― Joss Whedon

“Advice to young writers who want to get ahead without any annoying delays: don’t write about Man, write about a man.” ― E.B. White

“Write. Start writing today. Start writing right now. Don’t write it right, just write it –and then make it right later. Give yourself the mental freedom to enjoy the process, because the process of writing is a long one. Be wary of “writing rules” and advice. Do it your way.” ― Tara Moss

“Notice how many of the Olympic athletes effusively thanked their mothers for their success? “She drove me to my practice at four in the morning,” etc. Writing is not figure skating or skiing. Your mother will not make you a writer. My advice to any young person who wants to write is: leave home.” ― Paul Theroux

“It’s a great lesson about not being too precious about your writing. You have to try your hardest to be at the top of your game and improve every joke you can until the last possible second, and then you have to let it go. You can’t be that kid standing at the top of the waterslide, overthinking it…You have to let people see what you wrote.” ― Tina Fey

“Be daring, take on anything. Don’t labor over little cameo works in which every word is to be perfect. Technique holds a reader from sentence to sentence, but only content will stay in his mind.” ― Joyce Carol Oates 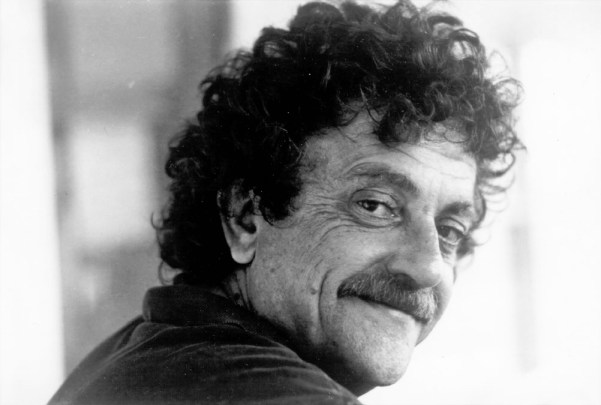 “First rule: Do not use semicolons. They are transvestite hermaphrodites representing absolutely nothing. All they do is show you’ve been to college.”  ― Kurt Vonnegut

“To all the talented young men who wander about feeling that there is nothing in the world for them to do, I should say: ‘Give up trying to write, and, instead, try not to write. Go out into the world; become a pirate, a king in Borneo, a labourer in Soviet Russia; give yourself an existence in which the satisfaction of elementary physical needs will occupy almost all your energies.’ I do not recommend this course of action to everyone, but only to those who suffer from the disease which Mr Krutch diagnoses. I believe that, after some years of such an existence, the ex-intellectual will find that in spite of is efforts he can no longer refrain from writing, and when this time comes his writing will not seem to him futile.” ― Bertrand Russell

“Writing a book is a bit like surfing . . . Most of the time you’re waiting. And it’s quite pleasant, sitting in the water waiting. But you are expecting that the result of a storm over the horizon, in another time zone, usually, days old, will radiate out in the form of waves. And eventually, when they show up, you turn around and ride that energy to the shore. It’s a lovely thing, feeling that momentum. If you’re lucky, it’s also about grace. As a writer, you roll up to the desk every day, and then you sit there, waiting, in the hope that something will come over the horizon. And then you turn around and ride it, in the form of a story.” ― Tim Winton

“Advice to young writers? Always the same advice: learn to trust our own judgment, learn inner independence, learn to trust that time will sort the good from the bad – including your own bad.” ― Doris Lessing

“My advice for aspiring writers is go to New York. And if you can’t go to New York, go to the place that represents New York to you, where the standards for writing are high, there are other people who share your dreams, and where you can talk, talk, talk about your interests. Writing books begins in talking about it, like most human projects, and in being close to those who have already done what you propose to do.” ― Walter Kirn

“You can only become truly accomplished at something you love. Don’t make money your goal. Instead pursue the things you love doing and then do them so well that people can’t take their eyes off of you.” ― Maya Angelou

“If you want to write, if you want to create, you must be the most sublime fool that God ever turned out and sent rambling. You must write every single day of your life. You must read dreadful dumb books and glorious books, and let them wrestle in beautiful fights inside your head, vulgar one moment, brilliant the next. You must lurk in libraries and climb the stacks like ladders to sniff books like perfumes and wear books like hats upon your crazy heads. I wish you a wrestling match with your Creative Muse that will last a lifetime. I wish craziness and foolishness and madness upon you. May you live with hysteria, and out of it make fine stories — science fiction or otherwise. Which finally means, may you be in love every day for the next 20,000 days. And out of that love, remake a world.” ― Ray Bradbury “Whenever I’m asked what advice I have for young writers, I always say that the first thing is to read, and to read a lot. The second thing is to write. And the third thing, which I think is absolutely vital, is to tell stories and listen closely to the stories you’re being told.” ― John Green

“Imagine that you are dying. If you had a terminal disease would you ­finish this book? Why not? The thing that annoys this 10-weeks-to-live self is the thing that is wrong with the book. So change it. Stop arguing with yourself. Change it. See? Easy. And no one had to die.” ― Anne Enright

“On writing, my advice is the same to all. If you want to be a writer, write. Write and write and write. If you stop, start again. Save everything that you write. If you feel blocked, write through it until you feel your creative juices flowing again. Write. Writing is what makes a writer, nothing more and nothing less. — Ignore critics. Critics are a dime a dozen. Anybody can be a critic. Writers are priceless. —- Go where the pleasure is in your writing. Go where the pain is. Write the book you would like to read. Write the book you have been trying to find but have not found. But write. And remember, there are no rules for our profession. Ignore rules. Ignore what I say here if it doesn’t help you. Do it your own way. — Every writer knows fear and discouragement. Just write. — The world is crying for new writing. It is crying for fresh and original voices and new characters and new stories. If you won’t write the classics of tomorrow, well, we will not have any. Good luck.” ― Anne Rice

“If you have any young friends who aspire to become writers, the second greatest favor you can do them is to present them with copies of The Elements of Style. The first greatest, of course, is to shoot them now, while they’re happy.” ― Dorothy Parker